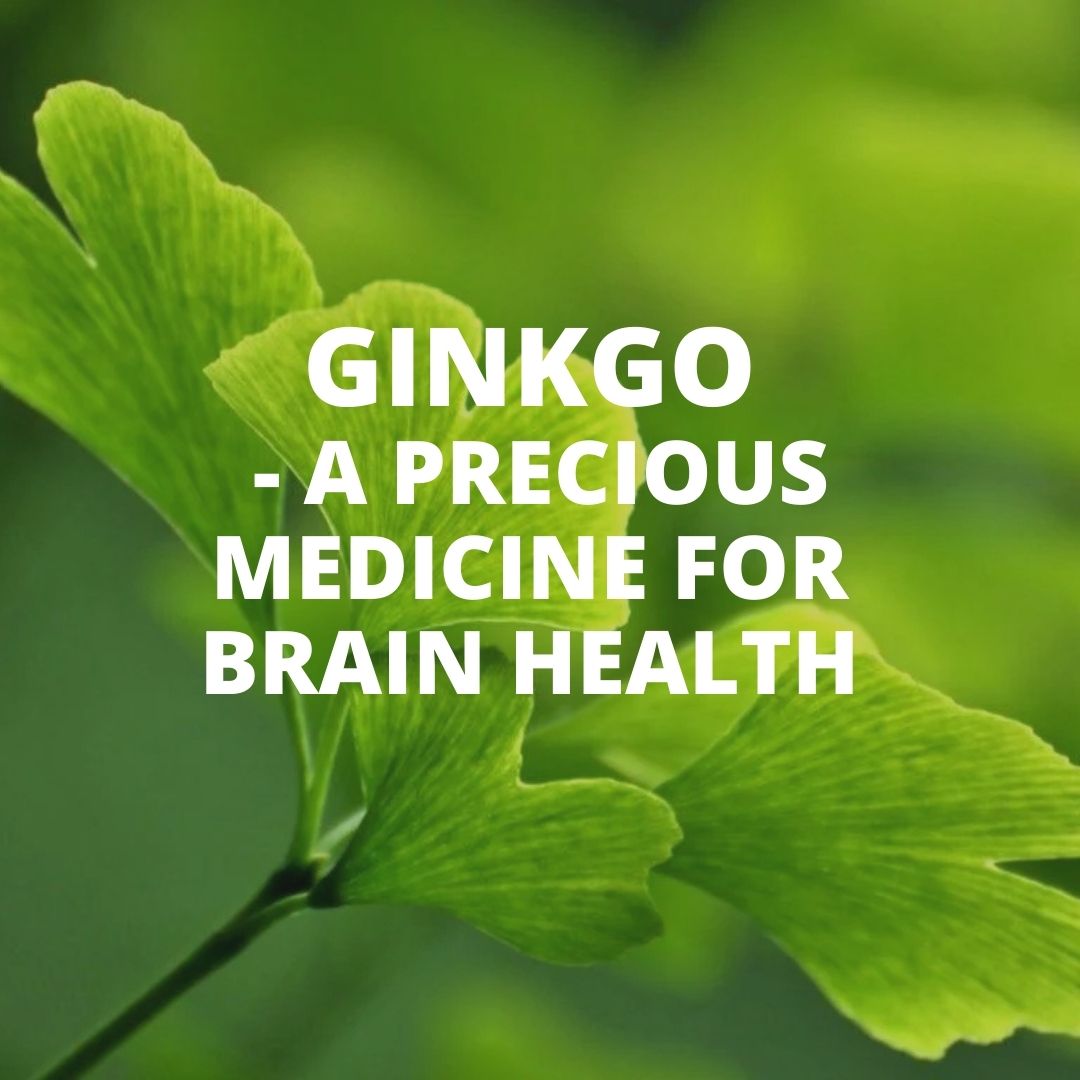 For thousands of years, Ginkgo has been used in many different fields, from culinary, cosmetic to pharmaceutical.  In particular, in traditional medicine, Ginkgo is considered a preeminent medicinal herb with many wonderful uses.

1. Overview of the ginkgo tree

Ginkgo (Ginkgo biloba) is a precious medicinal plant, one of the oldest living plants dating back more than 200 million years. This is a plant indigenous to China, Japan and Korea, has been cultivated in Europe since about 1730 and in the United States since around 1784. In which, the leaves and pods of the ginkgo are the parts of the ginkgo biloba widely used in cuisine and medicine.
With cuisine, people often use ginkgo seeds for porridge or processed to eat with other dishes. However, do not eat raw or roasted ginkgo seeds as it can be toxic. Particularly with dried ginkgo leaves can be used to make tea.

In medicine, according to research, experts found that Ginkgo leaf extract contains high levels of flavonoids and terpenoids, has the ability to enhance blood circulation, stimulate brain activity, is added to products that improve memory, increase blood flow to the brain. Thanks to that, ginkgo biloba is often used by doctors to treat diseases such as cerebral circulatory insufficiency, macular degeneration, vestibular syndrome, tinnitus, depression, anxiety, stress, …
Not only that, today ginkgo leaf extract is also used by many manufacturers to create cosmetics that help brighten the skin, regenerate the skin, prevent oxidants from attacking the skin, thereby Effective anti-aging skin.

2. The use of Ginkgo biloba

Ginkgo contains high levels of flavonoids and terpenoids – powerful antioxidants that contribute to fighting free radicals, the main cause of disease. Therefore, Ginkgo has long been known for many good uses for health, especially brain health.

Improve blood circulation:
The active ingredients in Ginkgo biloba have the ability to enhance and stimulate brain circulation, dilate the cerebral vessels to help push blood, oxygen to tissues and organs easily, protect cells from damage and rapid brain cell recovery. Besides, Ginkgo is also an anti-platelet activation factor to prevent blood clots, blood clots clogging blood vessels. Thereby, preventing the aggregation of platelets, preventing the formation of blood clots and cerebral infarction pathology, the cause of Alzheimer’s disease.

Reduce anxiety, depression:
Ginkgo biloba supplementation with the correct dosage is one way to increase brain productivity. Then, the brain will signal “happiness” and the symptoms of anxiety will also decrease.

Reduce tinnitus:
For patients with tinnitus due to vascular problems, Ginkgo also helps to bring about a marked improvement effect.

Vision enhancement:
According to research in the group of people with glaucoma showed that after 8 weeks of using ginkgo biloba, vision was significantly improved.

People with diabetic retinopathy also have improved vision after 6 months of use.

Support for treatment of schizophrenia:
According to studies, taking ginkgo biloba daily (in addition to conventional antipsychotic drugs) for 8–16 weeks can reduce schizophrenic symptoms. It can also reduce some side effects such as thirst, constipation, etc.

Against aging:
The falvonoic compound in ginkgo biloba acts as a powerful antioxidant, so that the body can improve the aging rapidly.

Minimize numbness in limbs:
According to evidence, Ginkgo is also effective in treating frostbite, and helps blood flow easily to limbs as well as other parts of the body.

Despite bringing many health benefits, but not everyone should use Ginkgo biloba.

Specifically, Ginkgo biloba increases the likelihood of bleeding, so patients with clotting problems, hemophilia, … should not use it. It is also recommended not to use by pregnant women.
In addition, the seeds of Ginkgo biloba contain phenol, which is not beneficial for children, stimulates nerves, gastrointestinal mucosa and easily causes skin diseases.

In particular, ginkgo biloba has a high level of dangerous poisoning. Usually, after eating for about a few hours, there are symptoms of poisoning, initially stubbornness, vomiting, abdominal pain, diarrhea, followed by dizziness, dizziness, irritability, convulsions, lethargy, severe coma can be fatal.

Therefore, experts recommend that when using Ginkgo biloba if you experience side effects such as headache, unusual hyperactivity, diarrhea, vomiting, nausea you need to go to the medical facility every day and should not feed young children.
It can be said, Ginkgo brings many unexpected effects for brain and body health if used properly.