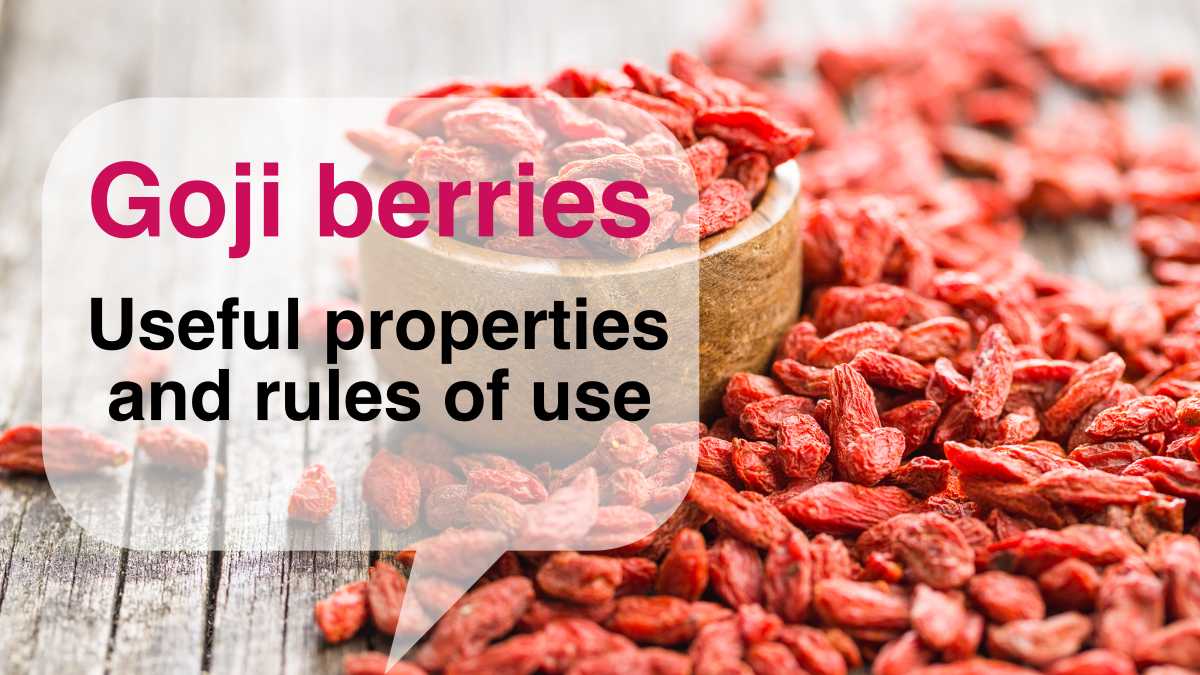 Today there is not a single person who has not heard of such a useful product as goji berries. For many years, they have been used in China as a medicinal plant for the treatment of various diseases. In folk medicine, most often, goji fruits were used to normalize the functioning of the organs of vision, protect and restore the liver, as well as improve kidney function.

Goji berries are also often referred to as wolfberries. They have a pleasant sweet taste and light sourness, which are in perfect harmony with each other. Most often, this product is sold in the form of dried fruit, which is why some people have doubts about its benefits. In this regard, below we will consider the beneficial properties of berries and recommendations for their use, drawn up by qualified doctors.

According to research data, goji berries contain an impressive amount of vitamins, minerals and other trace elements necessary for the human body, namely:

The fruit contains 8 essential amino acids and a significant amount of protein, which ensures the satisfaction of the body’s daily requirement for this element by 10 percent. According to scientists, this amount of protein is the highest among all known fruits.

Despite this, complex carbohydrates and fiber are some of the most important ingredients in berries. They help to normalize blood sugar levels and reduce the risk of diabetes.

What you need to know before using goji berries

Before including goji berries in your diet, it is imperative that you consult with your doctor. And although some manufacturers of these berries claim no side effects, everyone should be aware that this product can react with certain drugs.

Goji berry consumption is recommended to be avoided under the following conditions:

There are relatively few studies on the effects of berries on pregnancy. However, doctors say that this product can cause the uterus to contract, which can trigger a miscarriage. Therefore, you should consult your healthcare professional before incorporating them or appropriate supplements into your diet.

It is important to consider that 1/4 cup of fruits contains about 340 percent of the daily intake of vitamin A. Therefore, adding this product to the diet can lead to an overdose of this trace element and cause unwanted effects.

By improving the functioning of the immune system, goji berries can reduce the risk of developing various diseases, including the flu. Previous laboratory research has shown that the inclusion of fruits in the diet increases the effect of using the influenza vaccine. Scientists called this result very important, since vaccination of the population against influenza does not in all cases provide a high level of protection of the body against this disease.

Another experiment showed that this product can achieve the effect described above in the elderly. Despite this, they focused on the fact that goji berries are not a drug that prevents the development of influenza, so everyone should be vaccinated annually.

As you know, goji fruits are a good source of additional energy. Their pleasant sweet taste and high fiber content allow everyone to eat a healthy diet effortlessly. To give up unhealthy sweets, experts recommend including them in the diet between meals or using them as an addition to various dishes.

The high nutritional value of berries and low sugar content make them one of the best alternatives for other dried fruits. So, 28 grams of the product contains about 100 calories, which allows you to adhere to a low-calorie diet using a sweet product.

One of the active ingredients in goji berries is an antioxidant called zeaxanthin. This element is responsible for coloring the fruit in a bright red color.

When ingested, zeaxanthin prevents cell destruction from damage caused by environmental factors such as smoke or radiation. It is also worth noting that foods high in antioxidants and high in fiber contain minimal amounts of fat, which have a negative impact on health.

Studies have shown that older people who consumed goji berries for 90 days had fewer health problems than other people. They had a decrease in the level of hyperpigmentation of the skin, as well as an improvement in the functioning of the organs of vision and a slowdown in the rate of development of yellow spots in the eyes.

For those who are prone to consuming various sweets in the form of cakes and candies, goji berries can be the # 1 food item. This is because they have a sweet taste and provide the following effects:

However, if you are taking medications to control your blood sugar, you should consult your doctor before including goji berries in your diet. This is due to the fact that regular consumption of fruits can lead to an increase in the effect of drugs and a number of negative consequences.

For several hundred years, goji berries have been used in Chinese traditional medicine to increase fertility. One experiment in rats showed that adding a product to the diet provides:

Thanks to the results, scientists have come to the conclusion that the fruits can be used as an alternative to traditional erectile dysfunction treatments such as Viagra.

What else you need to know about goji berries

Some supplement manufacturers advertise goji berries as a superfood. This is due to the results of one study in which 14-day consumption of goji fruit juice provided the following effects:

In addition, study participants reported reduced levels of fatigue, improved gastrointestinal function, and increased stress tolerance. However, in the results obtained, scientists did not take into account other factors that could affect the above indicators.

Other health claims of goji berry indicate that this product may also:

Other studies show that regular fruit intake can reduce the volume and number of cancerous tumors. Scientists attribute this effect to a chemical compound called beta-sitosterol, which causes apoptosis or, as this phenomenon is also called, the self-destruction of cancer cells.

Despite all of the above useful properties of the product, scientists today cannot unequivocally assert about its benefits. This is due to the lack of research and the questionable results of some of them.

Today, goji berries, which are sold in online stores, are packaged in separate packages as dried fruits. However, they can also be found fresh. To use them correctly in your diet, experts recommend adding fruits, regardless of their shape, to breakfasts, yoghurts and teas.

If desired, goji berries can be used in cooking meat. This will add a certain zest to the dish and make it sweeter. But, in addition, such a solution will improve the absorption of iron contained in meat, due to the large amount of vitamin C.

To experience all the beneficial properties of goji berries, doctors recommend using at least 50 grams of the product per day. In this case, you should use products from only trusted manufacturers, even if their cost is several times higher than that of competitors. This is due to the fact that cheap foods are often oversaturated with sulfites, which can cause allergic reactions.

In most cases, goji berries do not pose a danger to the human body. But, despite this, before including them in the diet, you should consult with your doctor, since improper use of this product can lead to disruption of the digestive tract and other undesirable consequences. 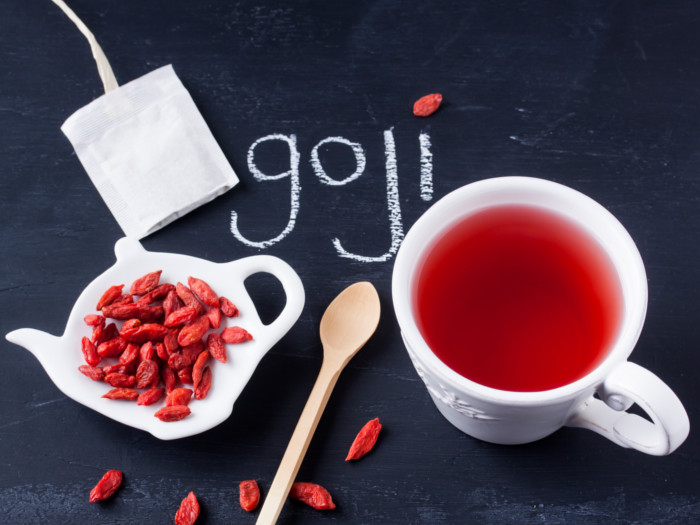 The cost of goji berries is quite high. In this regard, many consumers are looking for other products that are of the same value to the human body. So, specialists have created a list of products with similar properties:

For those looking to include high-nutrient foods in their diet, experts recommend paying attention to goji berries. They contain an impressive amount of vitamins and minerals that improve well-being. In addition, scientists note that goji berries are one of the best plant sources of protein, which is also important for our body.

Numerous studies have shown that regular intake of these fruits can strengthen the functioning of many body systems, which is especially important for the elderly. This product is able to improve the quality of the skin, normalize the functioning of the organs of vision, as well as eliminate pain in arthritis.

Goji berries are much more expensive than other fruits. Therefore, those on a low income should consider alternative foods such as green tea or pomegranate juice. However, just as before using goji berries, including them in the diet, be sure to consult with your doctor.