According to Darwin’s theory of evolution, human race separated from the apes over 300,000 generations ago. From that moment until today, the average life expectancy has increased several times. At the same time, according to WHO, the number of people aged 60 years between 2000 and 2050 will increase at least twofold, from 11 to 22 percent.

Considering this fact, scientists concluded that today debunking the myths about aging is as relevant as ever. In this article, we will examine main stereotypes about aging process, which are associated with deterioration of physical activity, cognitive impairment and many others.

In reality, this is not entirely true. As we age, human body wears out. However, physical performance of certain organs and body parts is not always age-appropriate. This is due to fact that people are able to slow down their aging process.

According to WHO representatives, increasing level of physical activity and using a balanced diet can significantly reduce rate of aging of body. They can prevent accumulation of excess fat, decreased bone density, increased blood pressure, and deterioration of strength and endurance

Some studies clearly show that common expectation of a decline in physical performance increases likelihood of a corresponding outcome. For example, one experiment involving 148 elderly people showed that inactivity and anticipation of old age have a negative impact on physical fitness, as opposed to regular physical activity. Based on this, they concluded that everyone, by going to gyms, sports fields and other places that allow for an active lifestyle, could slow down aging process.

In another, earlier experiment, scientists studied how perceptions of aging process affected frequency of visits to medical facilities. It involved 429 elderly people. After obtaining results, researchers concluded that individuals who paid less attention to their age were significantly less likely to get sick and face need to visit doctors.

Another study looked at effect of age awareness on longevity. According to results, people who pay less attention to aging process live on average 7.5 years longer than others.

To summarize, good nutrition, high physical activity and a positive attitude can slow down wear and tear on the body. Moreover, they can increase life expectancy and reduce the risk of various diseases.

You shouldn’t exercise at an older age

From what was said in previous myth, it is clear that keeping physically active improves the condition of the body. In spite of this, many older adults are convinced that going to fitness centers and gyms will not do them any good.

One study, which included participants between the ages of 60 and 80, examined the effects of weightlifting on the body, assuming a 42-week exercise regimen. After this period was completed, it was observed that the participants in the experiment had increased their strength performance, improved their body function and increased their muscle volume.

Some studies have also confirmed that regular exercise reduces the risk of developing Alzheimer’s disease, as well as dementia. In one experiment involving 1,740 elderly people, scientists found that physical activity performed regularly slowed the process of dementia and the rate of Alzheimer’s disease.

Despite such impressive results, you should consult a doctor before starting to visit fitness centers, sports clubs and gyms, especially if you have diseases. For example, the WHO strongly recommends that older people with diseases such as osteoporosis should not engage in high levels of physical activity. 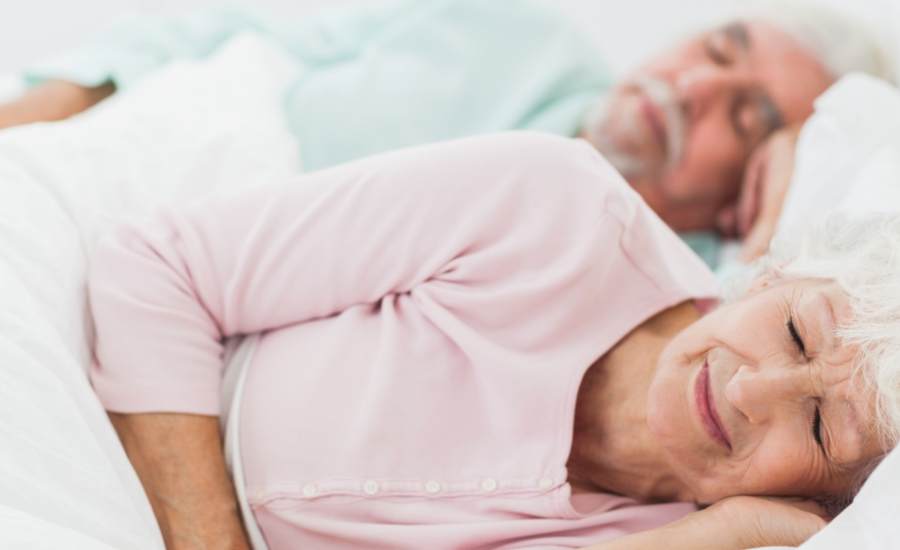 Some people have suggested that people should sleep more as they age. This is most likely due to the fact that older people enjoy the process more than younger people. At the same time, others claim that the number of hours for sleep should decrease as one ages, which is related to the stereotype of older people rising earlier in the day.

Both of these myths are quite difficult to debunk because there are many factors involved. Certainly, older people have a much harder time falling asleep than younger people. In addition, their sleep is more fragmented. However, this same peculiarity allows us to understand why older people often sleep during the day.

Because the human body changes as we age, circadian rhythms are disrupted. This, in turn, affects sleep. At the same time, such a factor can affect other physiological features, such as hormone levels, which also contribute to sleep deprivation.

In addition to circadian rhythm disorders, sleep can be affected by certain diseases such as osteoarthritis and osteoporosis. These cause severe discomfort and contribute to fewer hours for sleep in old age. Sleep can also be negatively affected by disorders and diseases such as:

Medications taken at an older age can also reduce the amount of sleep. These include bronchodilators, decongestants, beta-blockers, diuretics and corticosteroids.

According to the Centers for Disease Control and Prevention, persons aged 61 to 64 years should get 7 to 9 hours of sleep a night, regardless of health status, while persons older than that should get 7 to 8 hours. Even if there is difficulty falling asleep, this standard should be met.

Some research demonstrates that as people age, it is much easier for them to cope with lack of sleep. When tested, older participants with sleep deprivation scored higher than younger participants on a number of measures. They had fewer symptoms of depression, increased irritability and physical fatigue.

Osteoporosis is a woman’s disease 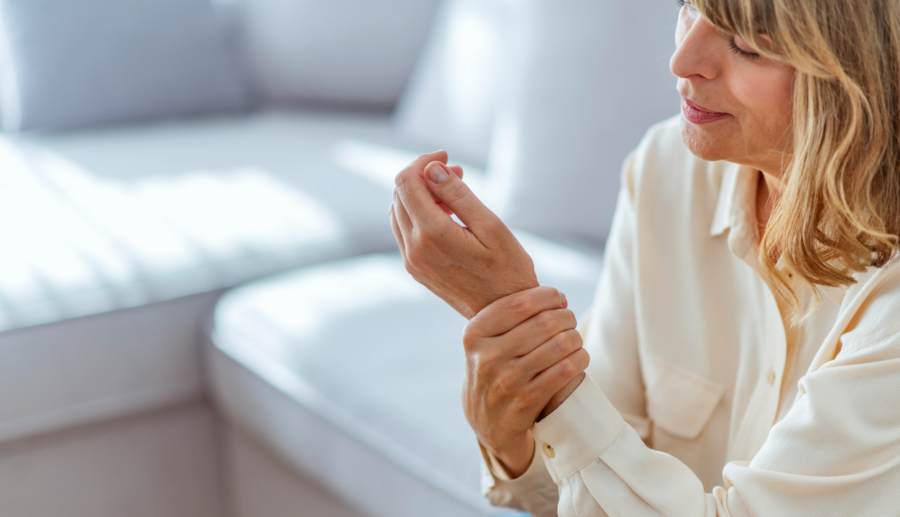 Disease called osteoporosis is characterized by a gradual decrease in bone density. Most people think that only women are affected by this disease. However, this statement is not true, because this disease occurs in people of different sexes and even different ages. Despite this, more often the disease affects the female body.

According to researchers, every third woman over the age of 50 suffers from osteoporosis. And the disease is also observed in every fifth man of this age.

There is a claim that osteoporosis is an inevitable disease for all women that comes with age. However, this is not true, as approximately 2/3 of older women do not experience the disease. In addition, it can be avoided by regularly using foods high in calcium and vitamin D in your diet.

Cognitive decline represents a gradual deterioration of brain function caused by age-related changes. But before we begin to consider the corresponding myth, let’s dismiss a few other rumors associated with it.

Cognitive decline is a cause of dementia

Despite the common claim that cognitive deterioration is not always the cause of dementia, people with dementia usually experience cognitive impairment before the onset of dementia. However, statistics show that only 11 percent of people who experience this disorder each year develop dementia.

In 2015, an assessment of risk factors for dementia and cognitive impairment that are amenable to change was conducted. The report provided indicated that there are many factors that influence these impairments. For example, regular physical activity can improve cardiovascular health, reduce the risk of diabetes, normalize blood pressure and prevent obesity, thereby reducing the likelihood of cognitive decline. In addition, the risk of dementia can be reduced by continuing education and using a balanced diet.

There is no point in quitting smoking in old age

Many individuals refuse to quit smoking in old age because they believe it is either too late or useless for them. However, according to WHO experts, quitting this addiction improves health no matter how long or how often a person smokes. Benefits of quitting can manifest themselves in a short period of time, as well as after several years. But it is important to understand that it is never too late to quit smoking.

Sex is not possible in old age 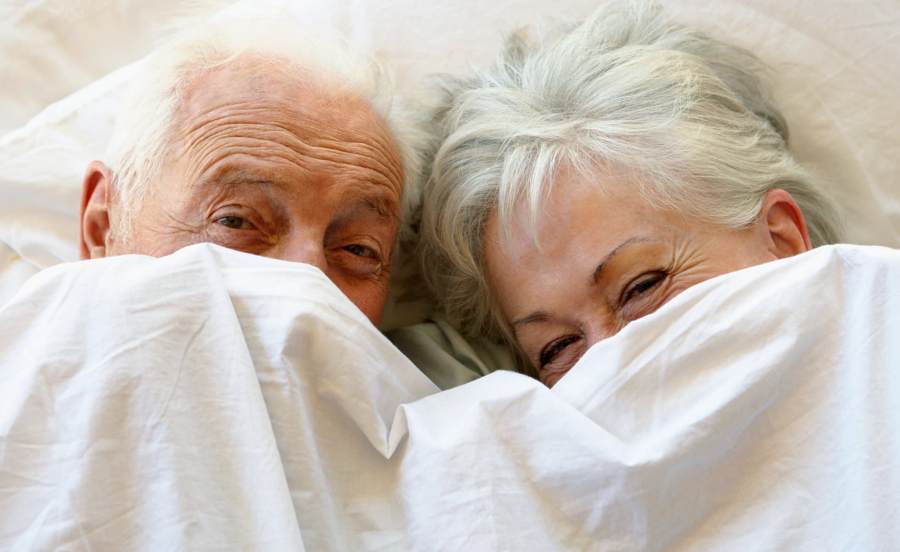 Along with age, the risk of developing erectile dysfunction and decreased vaginal discharge increases. But for many people, the problem is not insurmountable. You can use Viagra, lubricants or specialized hormonal creams to get pleasure from sex in old age. However, it is important to consult a doctor before doing this.

The process between seniors may not be as quick and intense, but that doesn’t mean it won’t be enjoyable for the partners. As one writer reported, aging is not a reason to stop having sex, only a reason to reconsider it.

It is also important to keep in mind that, sexually, aging has its merits. For example, as we age, the penis becomes less sensitive, which allows us to increase the duration of sexual intercourse.

Of course, as we age, the level of sexual desire in many people decreases compared with youth. However, this effect is not noticed in everyone.

In one of sociological surveys, researchers asked older people about the quality of their sex. In their answer, respondents indicated that the number of sexual acts has decreased significantly, but their quality remains the same. What’s more, survey participants said that sex continues even after age of 80.

Much of the myths about aging are based on a sense of inevitability. Many people believe that with time, their lives will lose colors and become boring. However, the thought of this only makes their condition worse.

Despite the fact that some functions of the body may deteriorate with age, one should not think about negative changes. As practice and statistics show, positive thinking, an active lifestyle and proper nutrition can have a positive effect on health, prevent development of diseases and even slow down aging process.

How to recover quickly from a cold in 1 day

How chondroitin protects and strengthens cartilage

The best natural sources of calcium

9 Foods to Boost Your Immunity