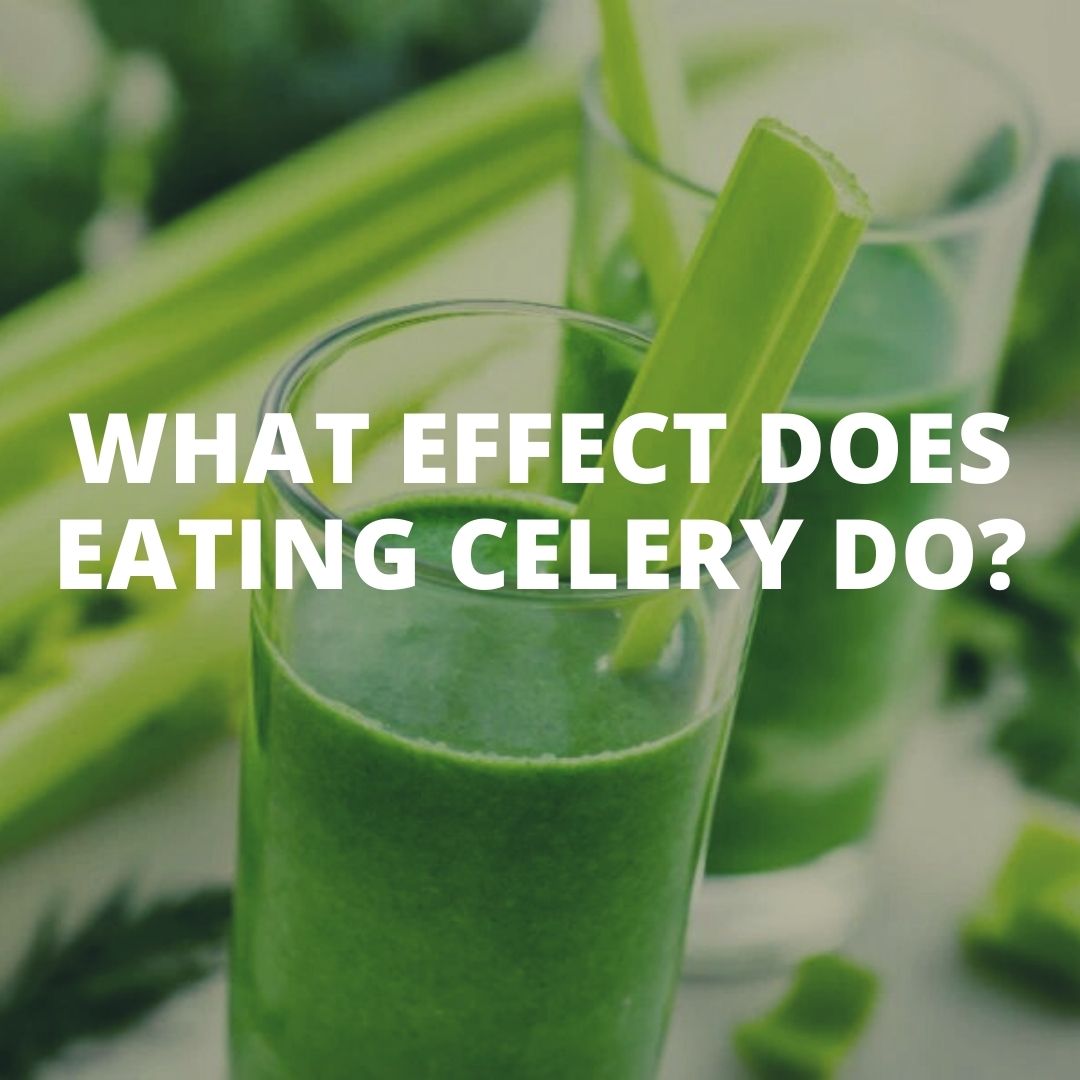 Celery has a rather special taste and has many health benefits when combined with beef. Not only that, celery is also evaluated by experts as a nutritious food, especially when using this vegetable in fresh form. 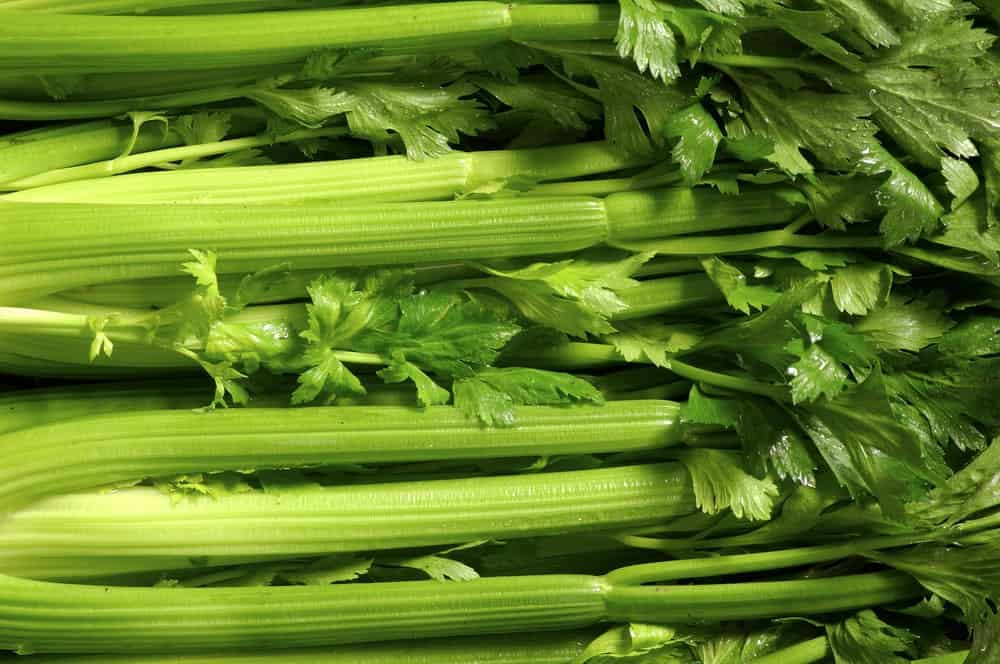 Celery belongs to the composition of the family Apiaceae, which includes: carrots, bulbs, parsley and celeriac. Crispy stems make this vegetable a popular snack, low in calories and can bring many health benefits. The fiber in the celery is beneficial for the digestive and cardiovascular systems. Celery also contains antioxidants, which play a role in the prevention of diseases. 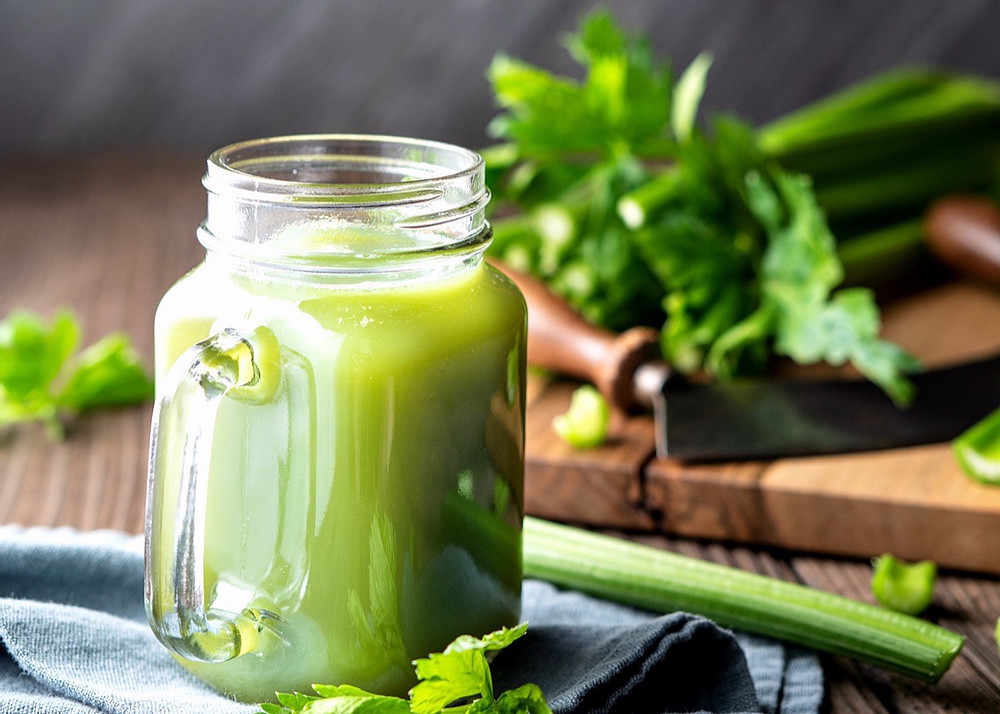 What effect does eating celery do? The nutrients in the celery and the its seeds can bring many health benefits.

The apigenin compound in celery a role in traditional Chinese medicine as an anti-inflammatory, antibacterial, antiviral and antioxidant. It may also have properties that help fight cancer.

The celery contains a flavonoid called luteolin. Studies have found luteolin may have anti-cancer properties that help prevent the spread of cancer cells and cause cell death. The authors of this study have suggested that luteolin may make cancer cells more susceptible to chemical attacks in treatments.

Celery is also a good source of fiber and the results of a Cochrane review show that people who eat more fiber may have lower blood pressure index than those who diet low in fiber.

Hyperlipidemia appears an increase in fat molecules in the blood. Hyperlipidemia usually does not appear obvious symptoms, but it increases the long-term risk of heart disease and stroke.

A study on rodents showed that celery extract reduced low-density lipoprotein (LDL) levels, or cholesterol in mice that ate a high-fat diet. Meanwhile, the Cochrane overview noted that those who followed a high-fiber diet appeared to have lower levels of total cholesterol and LDL than those who consumed less fiber foods.

Apigenin also plays a role in helping to stimulate the formation of nerves, the growth and development of  neurons. In one study, applying to mice taking apigenin found that it stimulates the process of neuron creation and improves the ability to remember, learn, work.

2.5. Other benefits from celery

Some researchers have suggested that extracts from celery can also help prevent: liver disease and jaundice, urinary tract obstruction, Gout disease, rheumatism disorders. In addition, it is used to cure: bronchitis, asthma, psoriasis and other skin disorders, vomiting, fever

The main component of celery is mostly water, but it also provides a fairly high fiber content. A 4 inch long stalk of celery, weighing about 4g, provides about 0.1g of fiber. Besides the composition of vegetables containing two compounds apigenin and luteolin, the celery also contains other compounds with strong antioxidant properties. Include:

Antioxidants help prevent cell damage caused by unstable molecules called free radicals. The body produces these substances as a by-product of natural processes, but if they accumulate too much, they can cause harm.

Antioxidants help neutralize free radicals and prevent them from causing damage that can lead to disease development. 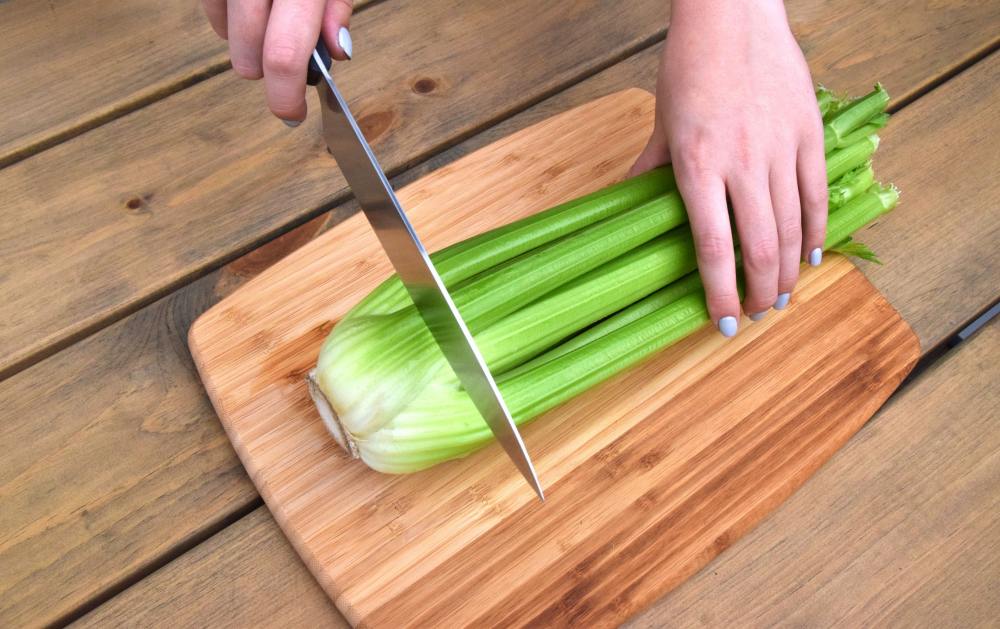 Celery can be cooked or used raw. Fresh celery usually contains more nutrients than cooked celery. Steaming the celery for 10 minutes may not significantly affect the antioxidant content.

Here are some recipes that nutritionists recommend: Tomato chicken soup with carrots and celery,  braised celery.

The authors of a study have noted that, celery can cause severe allergic reactions in some people. Symptoms may include: swelling, shortness of breath… If anyone has trouble breathing after eating celery, they need urgent medical attention. Some people experience a reaction called anaphylactic shock, which can be fatal. Anyone allergic to celery should carefully examine the food label, since even small marks can cause a reaction.

Decreased fertility: Research experts point out that in celery containing chemicals such as apigenin can have the effect of damaging sperm ion in men, which leads to a decrease in fertility when consuming it in high doses. In addition, pregnant women should avoid supplements or use of celery seeds, since they can irritate the uterus. For women who have difficulty conceiving or pregnant women who show some signs of miscarriage, celery is an absolute food to stay away from.

People suffering from skin diseases:  Because the celery contains Arachidonic fatty acids (a catalyst for an inflammatory reaction). Therefore, celery is not a suitable vegetable for people who are suffering from itchy skin, sores or psoriasis.

People who weak: Some common signs of this group of people are yellow face, sluggishness, poor appetite, upper abdominal pain, abdominal distension, sour vomiting, broken stools, pale tongue … Meanwhile, the celery itself is a cool vegetable, so when ingested, it can cause significant damage to your digestive system as well as your health.

Another risk associated with insecticides. Celery ranks 11th on the list of the 15 agricultural products most likely to contain pesticides.

Celery is an easy-to-find vegetable, the cost is not high, but in order for the use of celery to bring a healthy effect, you need to pay attention to a few of the above notes.