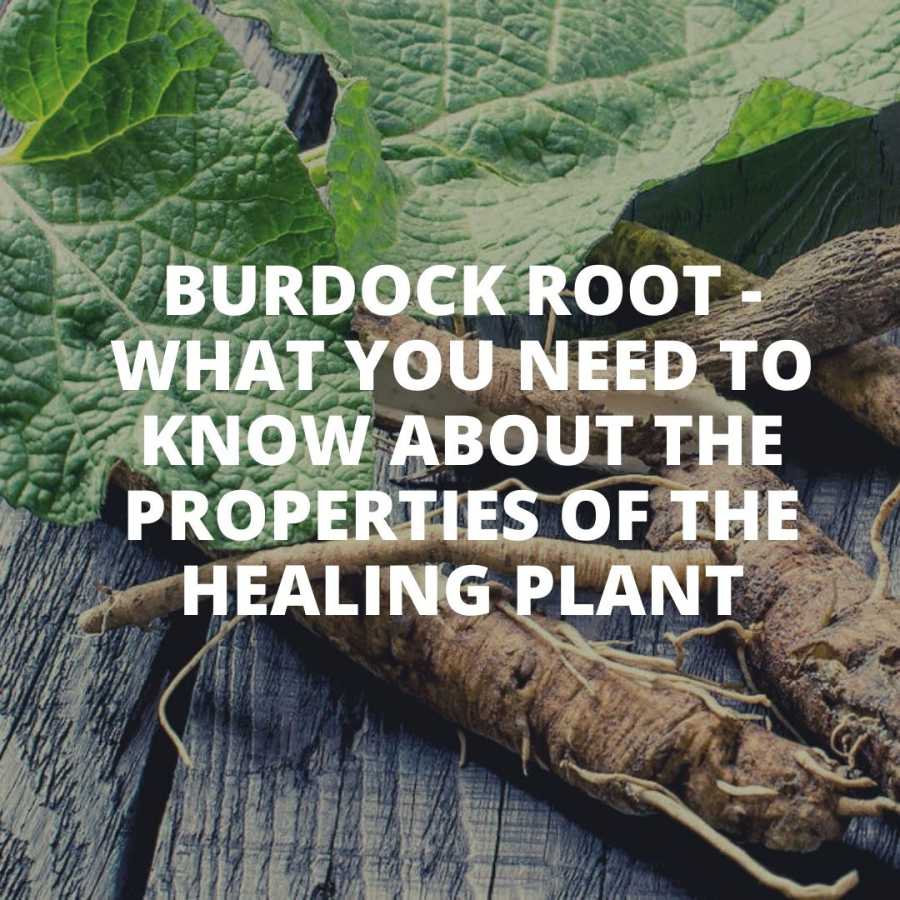 Burdock is a plant that grows mainly in Europe and North Asia. Recently, it has also been cultivated in the United States. For medicinal purposes, it is common to use the root of this plant, which has an oblong shape and a brown color (in some cases black).

For several hundred years, burdock root has been used in folk medicine as a universal treatment for a number of diseases. However, it was most commonly used to improve digestion and as a diuretic.

More recently, researchers have discovered that burdock root can also be used to treat a number of disorders and conditions. The potential benefits of this product are quite large. Because of this, it is very difficult to limit the areas in which this product can be used.

Studies conducted in 2010 showed that burdock root contains an impressive amount of antioxidants, the most powerful of which are quercetin, luteolin and phenolic acids These substances protect cells from damage caused by free radicals. Because of this, the product can be used to treat a number of diseases and disorders, as well as for disease prevention.

Scientists also report that the antioxidant effects of burdock can significantly reduce inflammation. The greatest effect has been seen in the reduction of inflammatory markers associated with diseases such as osteoarthritis.

Burdock is most often used as a means of eliminating toxins from the blood. Recent studies have confirmed this, showing a decrease in the amount of toxic substances in the bloodstream. Meanwhile, other studies have shown that similar effects on the human body can also improve circulation and well-being.

In addition to all of the above, researchers have found that burdock not only purifies the blood, but also reduces the activity of cancer cells in certain types of cancers. A 2011 study showed that the seeds of this plant slowed the growth of tumors in pancreatic carcinoma.

A 2016 experiment allowed scientists to find that burdock root also significantly slows the growth of cancer cells. And while more research would be needed to confirm these results, scientists believe the product could be used as an adjuvant in the treatment of certain cancers.

Can be used as an aphrodisiac

Another reason to buy burdock is that its root can be used as an aphrodisiac. This is confirmed by the results of studies in 2012, which reported that the extract of the root of this plant increases the sex drive and the level of sexual activity in rats.

To confirm this, studies involving humans are needed. However, according to some rumors, the effect described above has often been observed in humans as well.

One of the most common uses of burdock root is to treat skin conditions such as acne, eczema and psoriasis. The relevant effects of the plant are due to its anti-inflammatory and antioxidant effects, which can solve most skin problems when applied to the affected area. A 2014 study confirmed this, and also showed that the product can also speed up skin recovery from burns.

Potential risks and side effects

The number of studies regarding the benefits of burdock when used by children is negligible. In this regard, doctors strongly advise against this product for persons under 14 years of age.

According to scientists, burdock poses no danger to the human body. However, despite this, this product should be bought only from proven online stores and never pick it yourself in the wild. This is due to the fact that the appearance of this plant bears a strong resemblance to belladonna nightshade, which often grows near burdock and has a high index of toxicity.

If you have started using burdock, you should stick to small amounts. This is because not all of the side effects of using large amounts of burdock root are known today.

It is strongly not recommended to use burdock when the body is dehydrated, since it is considered a strong diuretic. For the same reason, this product should be excluded when using drugs of similar action, as it can cause severe dehydration.

Persons allergic to chamomile or chrysanthemum, pregnant women, and those who are only planning to become pregnant should also refuse to take this product.

Forms of burdock and recommendations for use 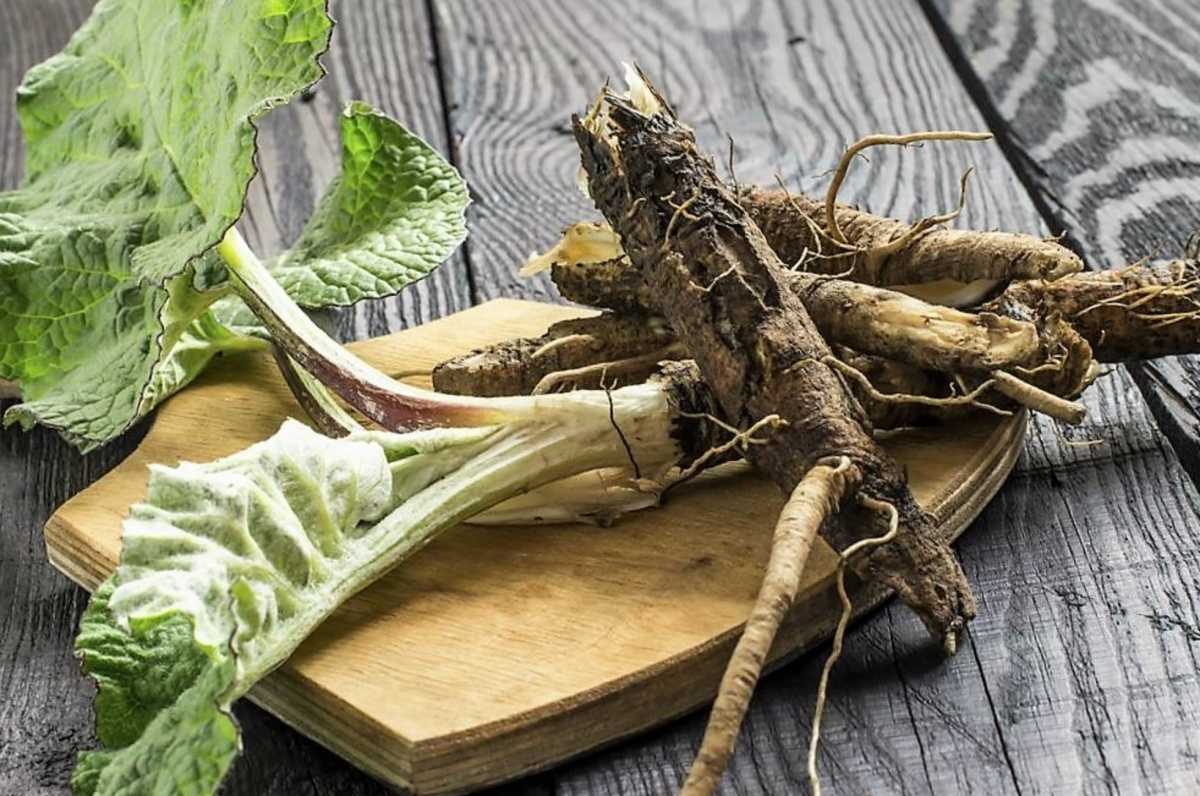 There are several forms that provide the benefits of burdock root. They include:

Doctors recommend using burdock in its natural form in moderation, namely – no more than one cup of tea a day. If you want to start using supplements, it is mandatory to consult a doctor.

Also, when buying supplements, you should pay attention only to trusted online stores. This is due to the fact that this type of products are not controlled by the Office of Sanitary Supervision of Food and Drugs, due to which they may contain substances that can adversely affect the body.

Before you buy burdock root, you should also pay attention to the fact that using this product in its fresh form is much safer and healthier. However, before using this plant should be prepared.

This will require a few simple steps:

It is important to keep in mind that abusing burdock can lead to undesirable side effects.

Goji Berries – Useful properties and Rules of Use

What food is good and healthy for the bones

Tretinoin: Benefits for the skin, how to use it, side effects