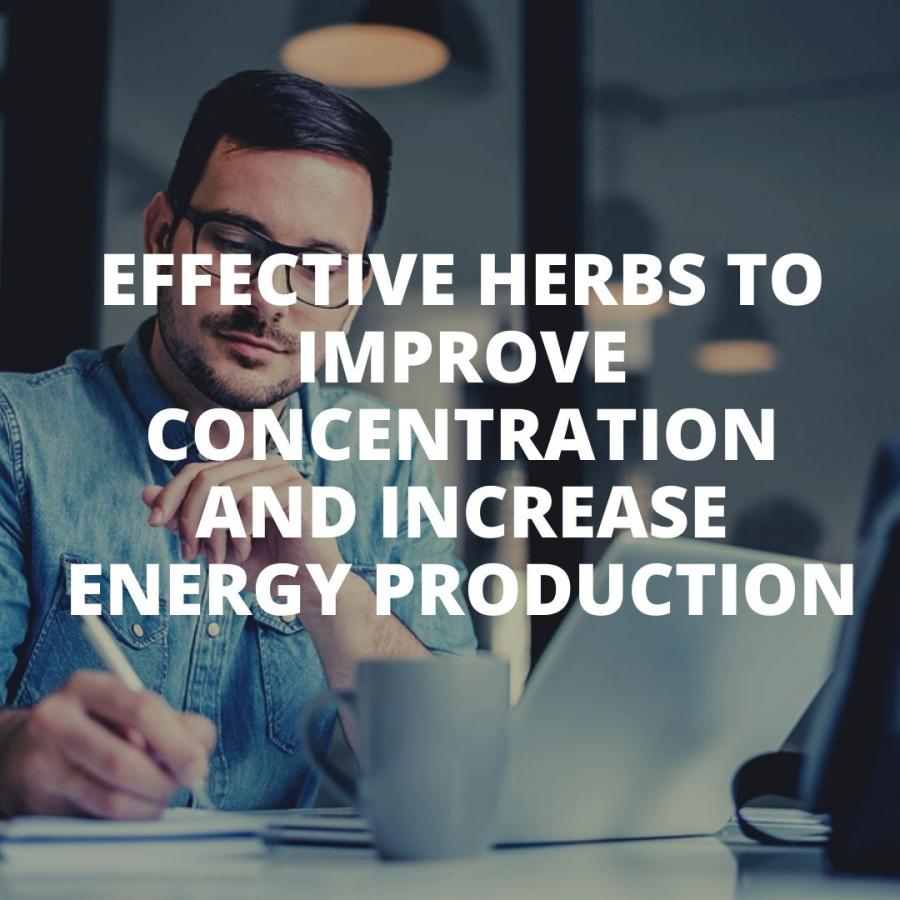 High workloads and surrounding stressors cause most people to feel exhausted.

That is why today most of them strive to find a remedy that gives them a feeling of liveliness and increases the energy reserves in the body.

According to doctors, to maintain performance at the same level and to feel good, it is enough to eat well, sleep at least 8 hours a day and take care of your health. The latter process involves the use of supplements and natural herbs to restore energy and improve cognitive function.

However, it is worth bearing in mind that some supplements and herbs may react with medications. Therefore, it is important to consult with your doctor before using them.

Let’s look below at the top 10 herbs that can provide a sense of alertness and increase energy production, whose effectiveness has been proven in studies. 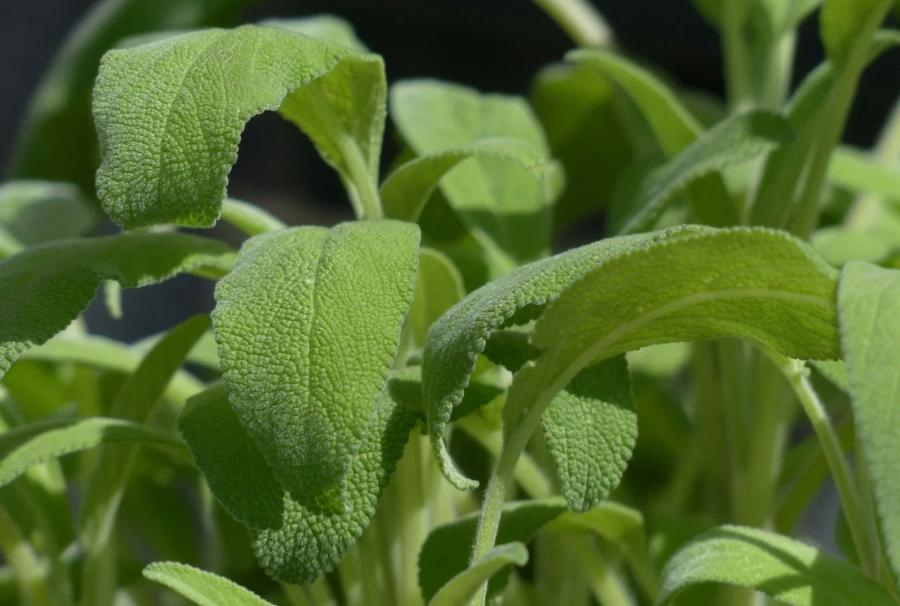 Many studies show that the consumption of sage can have a positive effect on cognitive function. This herb contains many potent stimulant compounds such as rosmarinic acid, apigenin, luteolin, quercetin and camphor, among others, which have therapeutic properties. These properties include the ability of sage to improve mood, alertness, concentration, and memory. In this case, the effectiveness of this product is the same for both young and elderly people.

An experiment with 36 people without any medical problems showed that regular consumption of 50 milligrams of sage oil improved memory and attention. In addition, the supplement reduces mental fatigue and improves concentration within 4 hours of taking it.

Doctors have noted that the effect of this herb is comparable to a strong inhibitor called acetylcholinesterase. This substance promotes the breakdown of acetylcholine and increases its bioavailability. This neurotransmitter is involved in brain function, namely in the processes of memory, concentration and motivation. Thus, sage improves cognitive functions. 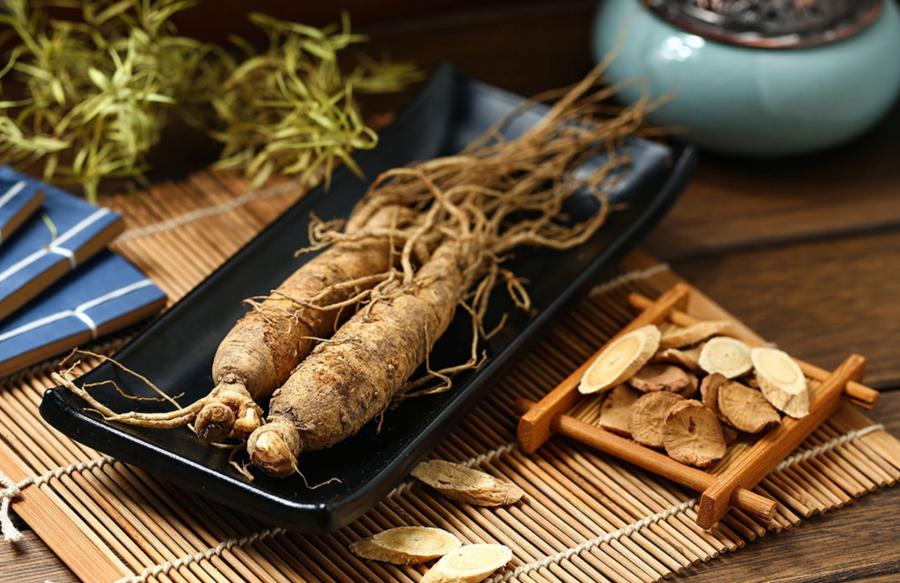 Ginseng is an herb that is known throughout the world as an effective way to increase energy production. However, in addition to this, this product is able to improve brain function, which makes it indispensable not only in sports, but also in everyday life. Such a plant as Panax ginseng is considered the most popular and most studied product.

According to research data, ginseng contains substances called ginsenosides, eleutherosides and ciujinosides. They all stimulate the production of energy, which provides the tonic properties of the plant.

Many studies involving humans have found that adding ginseng to the diet improves the performance of inactive individuals. Moreover, the herb has reduced mental and physical fatigue. Volumes of 200 to 1,000 milligrams also demonstrated improved mood and increased concentration when performing tasks in most individuals over the age of 18.

However, it is worth noting that regular use of ginseng can cause side effects such as:

In addition, the herb can offset the effects of medications for diabetes, heart disease and depression. 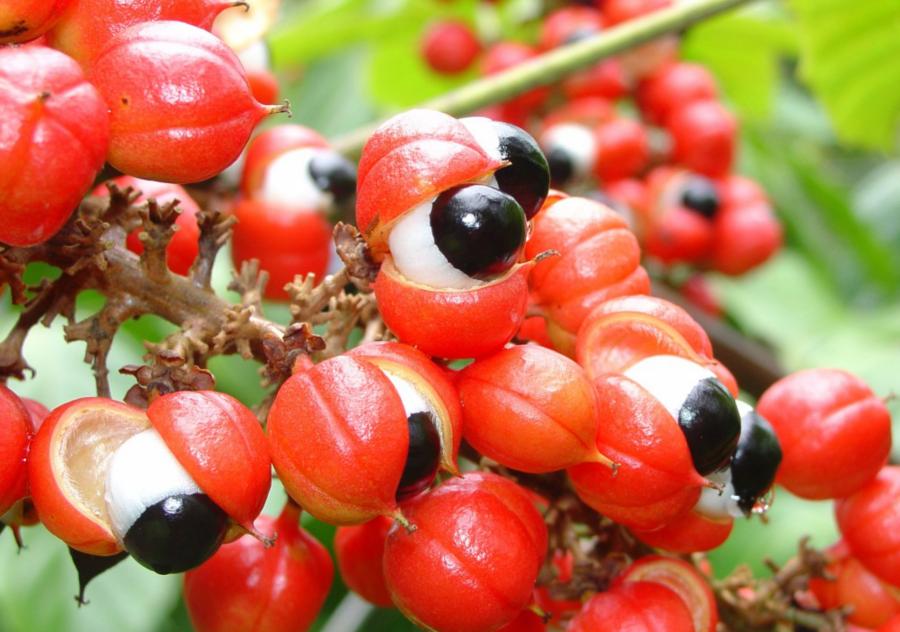 Today, guarana is an essential ingredient in energy drinks and energy-boosting supplements. This herbaceous plant contains many compounds such as caffeine, saponin and tannins. Each of these stimulates the brain and promotes extra energy production.

Some studies involving healthy people have had rather dubious results. However, many have shown that using guarana alone or in combination with other nutrients between 37.5 and 300 milligrams improves attention and has a positive effect on memory.

Sports studies have demonstrated that 300 milligrams can reduce the body’s response to fatigue levels and improve cognitive function. This leads to improved muscle performance and muscle mass building.

Although guarana poses no danger to the human body, there are cases in which the addition of guarana to the diet may lead to side effects. For example, the most common adverse effects of this herb include increased heart rate and anxiety. 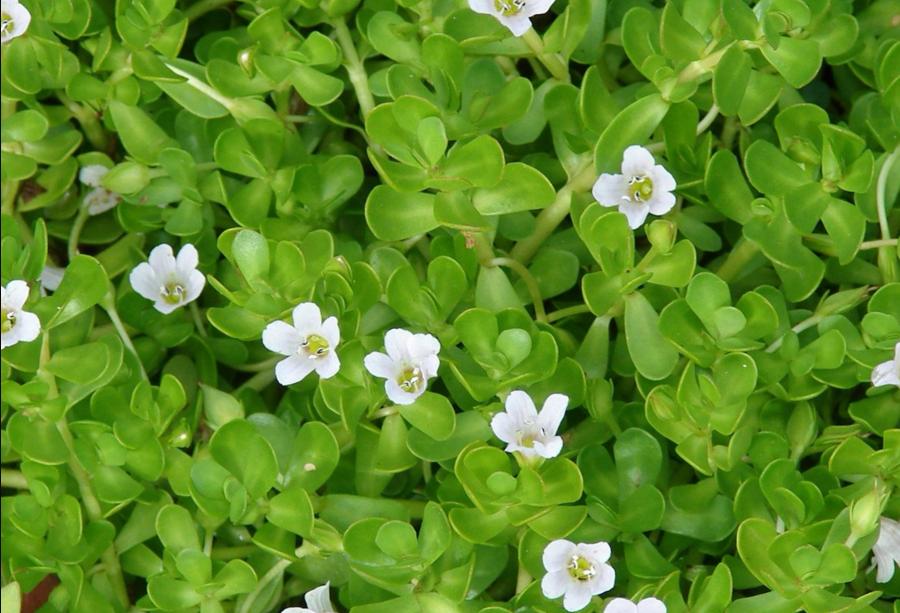 Brahmi, or Bacopa Monnier, is a plant that grows predominantly in the wet marshlands of South Asia. For hundreds of years, it has been used in folk medicine to treat insomnia, increased anxiety levels, and memory problems.

The herb’s beneficial properties are attributed to its high content of triterpenoid saponins, also known as bacosides. These substances have neuroprotective properties and have a positive effect on cognitive function. Most studies confirm this.

Scientists say the product is not harmful to most people. But some categories of people may experience side effects such as gastrointestinal disturbances when using it. 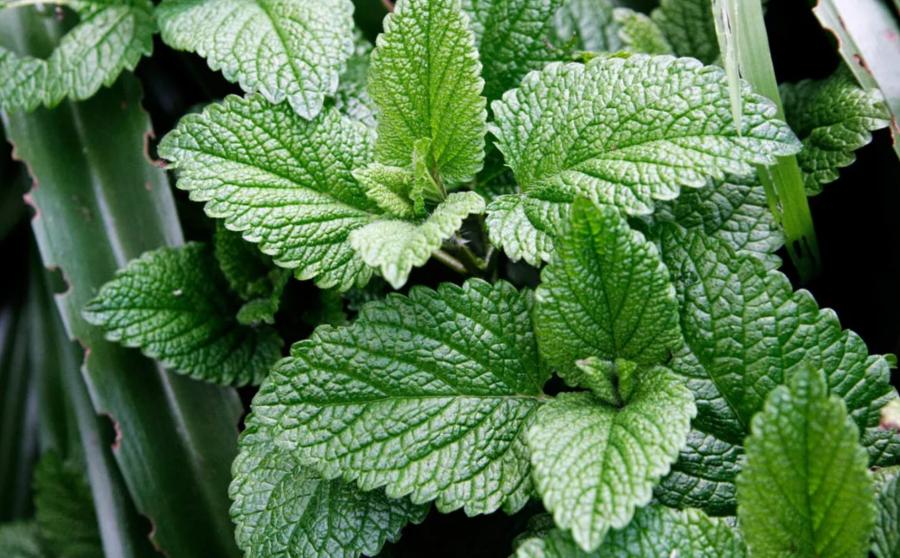 The aroma of Peppermint extract, which is a hybrid of Mentha spicata and Mentha aquatic, can improve mood, enhance concentration, increase energy production and achieve better athletic performance.

Some studies have confirmed that this product, in addition to all of the above, can also reduce fatigue. Another experiment involving 144 people showed that peppermint essential oil aroma may also improve memory.

Doctors note that peppermint oil has a high safety record. However, they note that its use is undesirable without prior consultation, as inhaling excessive amounts of vapor can lead to poisoning. 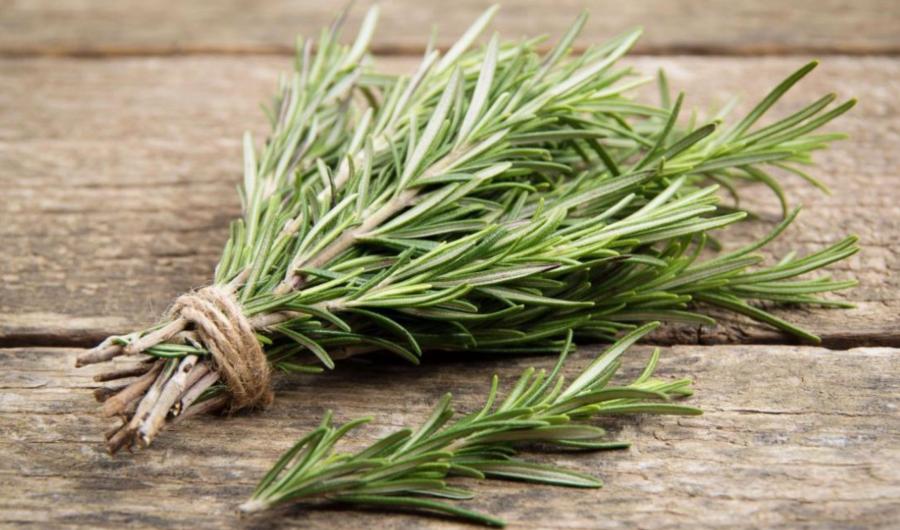 The essential oil produced from rosemary has an effect comparable to peppermint. Inhaling the aroma of this plant allows trace elements called terpenes to enter the bloodstream, from where they can directly affect brain function.

A recent experiment showed that rosemary essential oil sprayed indoors boosted performance on mental tasks that involved accuracy and speed of reaction. At the same time, another study showed that adding rosemary extract to a glass of water increases the performance ability of individuals performing tasks using computerized equipment.

Rhodiola rosea is used in folk medicine in many parts of the world as a means of increasing stamina and improving memory.

Research reports that this product is able to reduce mental fatigue, stimulate the brain, reduce physical fatigue and have a positive effect on the psycho-emotional state.

A long study showed that this product when taken daily at a rate of 400 milligrams per day eliminates the feeling of moral and physical exhaustion, and also provides a feeling of joy and increases concentration when performing tasks. For the same reason, doctors often prescribe Rhodiola rosea to patients with chronic fatigue.

Ashwagandha has been used in Ayurvedic medicine since ancient times as a product that stimulates brain function and normalizes most processes. An 8-week study demonstrates that 600 milligrams of this herbaceous plant root extract improves memory and speeds up information processing by the brain.

An analysis of 5 studies conducted relatively recently showed that regular use of ashwagandha leads to improved cognitive functions and accelerates the body’s response to external factors. Moreover, its daily intake of 600 milligrams improves sleep quality, increases brain activity, and in some cases leads to an improved quality of life.

Numerous experiments have shown that this herb can also stimulate energy synthesis in body cells, which can increase strength and endurance in athletes. This, in turn, will lead to increased training efficiency and better athletic performance. 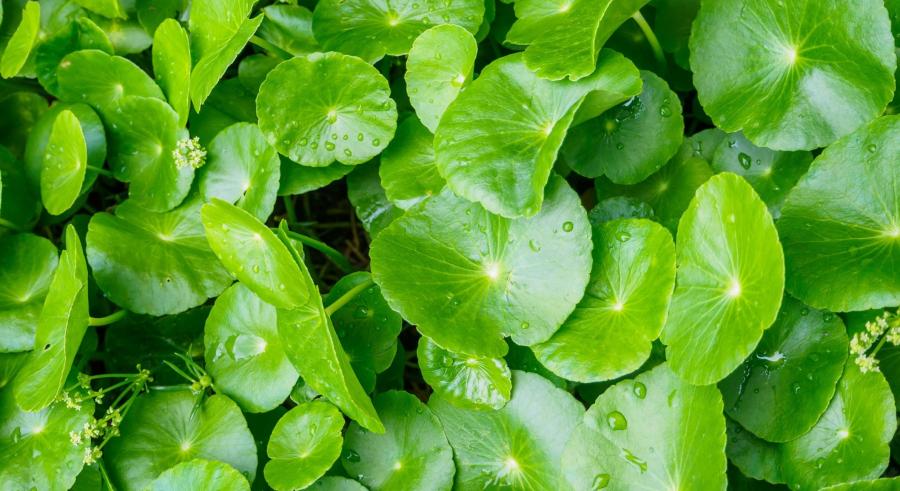 Centella asiatica or, as it is also called, Gotu Kola is a product used in traditional medicine to improve mood, increase concentration and normalize brain function. A two-month study shows that the product, when used in amounts of 250 to 750 milligrams per day, improves memory, mood and self-esteem much more effectively than a placebo.

A three-month experiment involving 80 elderly people showed that regular use of supplements containing Centella asiatica extract in amounts of 500 to 750 mg per day increased strength and endurance levels. In addition, consumption of 1,000 milligrams of the herbaceous plant Gotu Kola increases concentration levels and reduces mental fatigue when used in the long term.

Peruvian maca plant is highly valued for its ability to increase energy production. This effect has been confirmed by numerous studies, which have reported that this supplement can not only improve strength and stamina, but also reduce anxiety.

To achieve the appropriate effect, the experiment used a 2,400 milligram amount of maca extract. Taking the supplement for 12 weeks significantly improved strength and endurance in the 50 participants compared to the placebo.

The most effective ways to stay awake are a balanced diet, keeping a sleep schedule, being physically active and avoiding stressful situations. However, fulfilling all of the above recommendations is not an easy task.

The natural supplements described above can help you solve this problem by increasing energy production and stimulating brain activity. If you wish to use one of them, consult a doctor beforehand, as some of the herbs may react with medications.

What is spirulina and what are its benefits?

Why do I have acne? 5 deadly habits for your skin

Check out ways to exercise that make your body weak