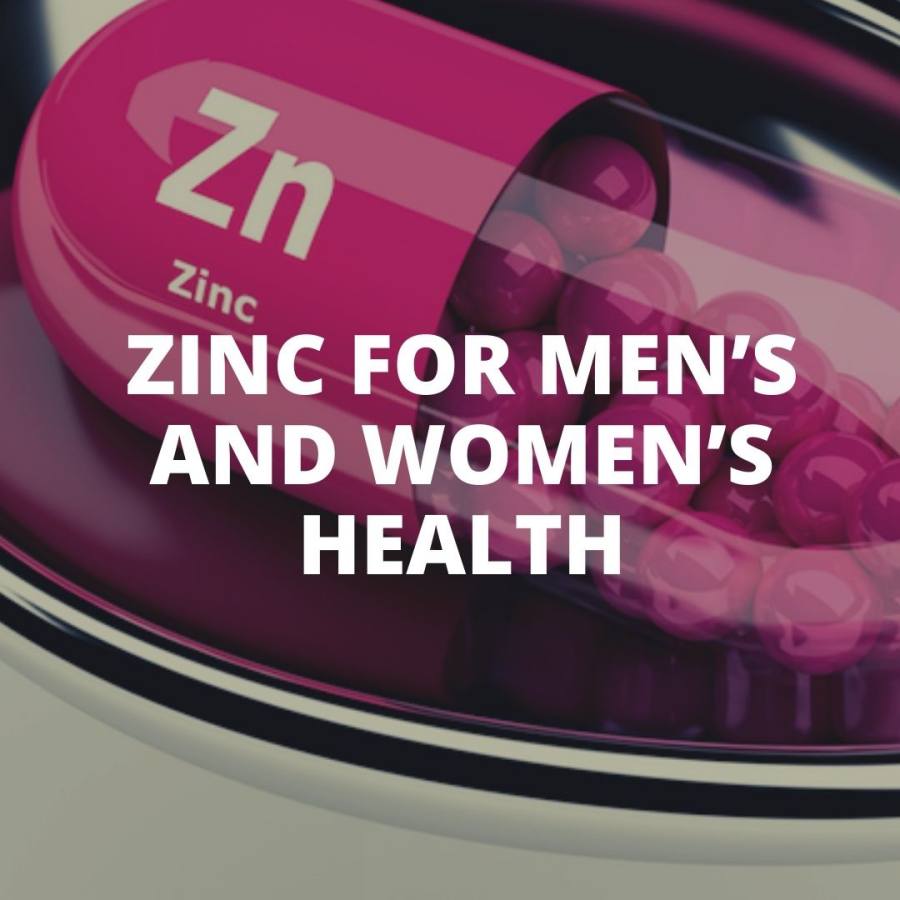 Zinc is one of the micronutrients that keep the body functioning at its best. Zinc is involved in many vital processes, which we will discuss in the article below.

Functions of Zinc in the Body

Role of zinc in normal body function is much broader than was thought 50 years ago. Today, it is found in micro- and even nanoquantities in hormone molecules, cell walls and organelles with the help of radionuclide research methods. Zinc activates a number of enzymes, metabolism, and even neuronal excitation.

Main, scientifically proven, functions of this metal include the following:

It is important to note the detoxifying function of zinc. It, together with blood proteins – albumin, forms an active molecule capable of firmly binding foreign proteins poisoning the body and expelling them out.

Zinc plays an important role in the body’s fight against viral infections, especially the herpes virus. Zinc also helps to get rid of helminths and other parasites, in particular, is part of many antimalarials. The role of zinc deficiency in the occurrence of atherosclerosis, cirrhosis of the liver and sexual dysfunction of varying degrees has been proven.

Role of Zinc in Men’s Health

Renowned magazine Men’s Health awarded zinc the title of “a key micronutrient for male sexual health. Zinc, along with vitamin E, has been shown to play a role not only in the development of germ cells, but also in the production of erections.

Main role of zinc for the stronger sex is determined by the relationship between this trace element and the level of the “male” hormone – testosterone. Testosterone deficiency, the negative effect of increased glucose levels on the blood vessels of the penis, and the formation of microbubbles are all the result of zinc deficiency.

Problem of erectile dysfunction is compounded by psychological complexes, which often make adult, successful men turn into complexed boys. Some men even try to look for a solution to the problem in alcohol, which makes the situation even worse. After all, then all the zinc reserves go to protect the brain and liver from the harmful effects of alcohol.

Issue of zinc is particularly relevant for men in their 40+ years. That fourth decade is the threshold, after which the body begins to lose more than absorb and accumulate, both zinc and other trace elements. Therefore, to maintain their normal balance, it is important not only to eat right and lead a healthy lifestyle, but also from time to time to “replenish” reserves, with what perfectly cope bio-supplements.

Role of Zinc in Women’s health

As with men, women go through a period of severe zinc deficiency as they age. This period peaks during menopausal transition. According to clinical studies, taking zinc at the normal daily rate eases the transition.

Zinc alleviates the unpleasant manifestations of menopause such as:

A 10-week course of Zinc helps most women get rid of the clinical symptoms of menopause completely. After menopause, women’s need for zinc increases. This is due to a greater tendency, compared to men, to diseases of the musculoskeletal system. It has already been proven that taking calcium and zinc (not at the same time, but for example, in the morning – zinc, in the evening – calcium) is a means of preventing osteoporosis in women.

It is also important for young guys and girls to get enough zinc to prevent age-related acne.

What foods have Zinc in them? 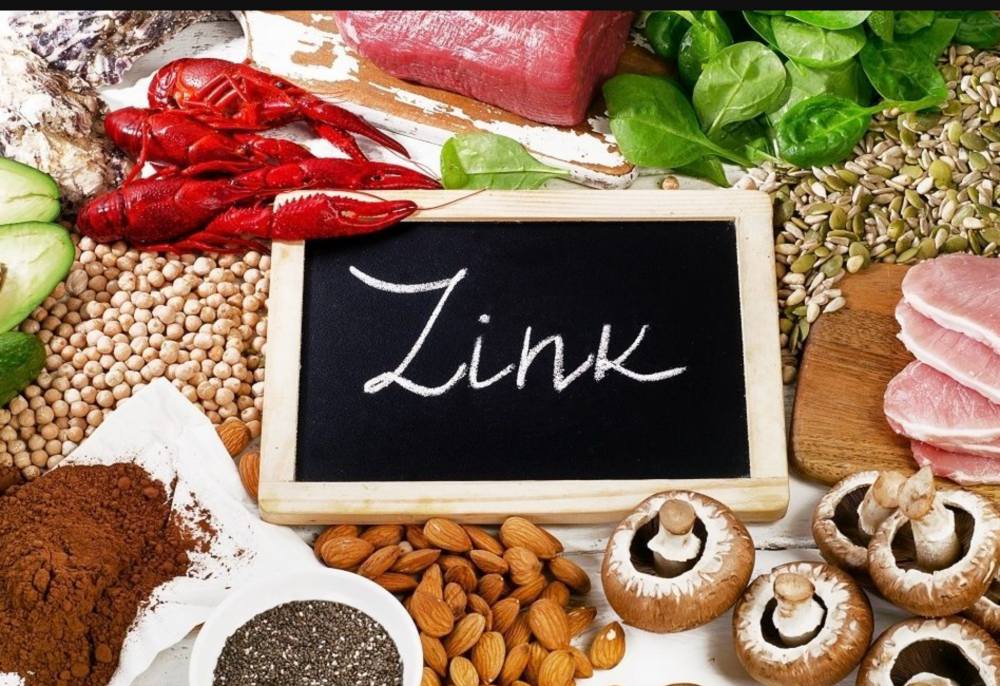 Many foods are rich in zinc. But the fact is that, of any zinc ingested with food, only about 20%, at best 30%, will be absorbed by the body.

Zinc is found in fairly large quantities in foods such as:

Even the frequent use of the above foods in the diet does not cover the need for zinc that increases during intense physical and psycho-emotional exertion. Moreover, such a zinc “diet” can lead to a number of diseases of the cardiovascular and excretory systems, as well as to alimentary (related to excessive food intake) obesity. 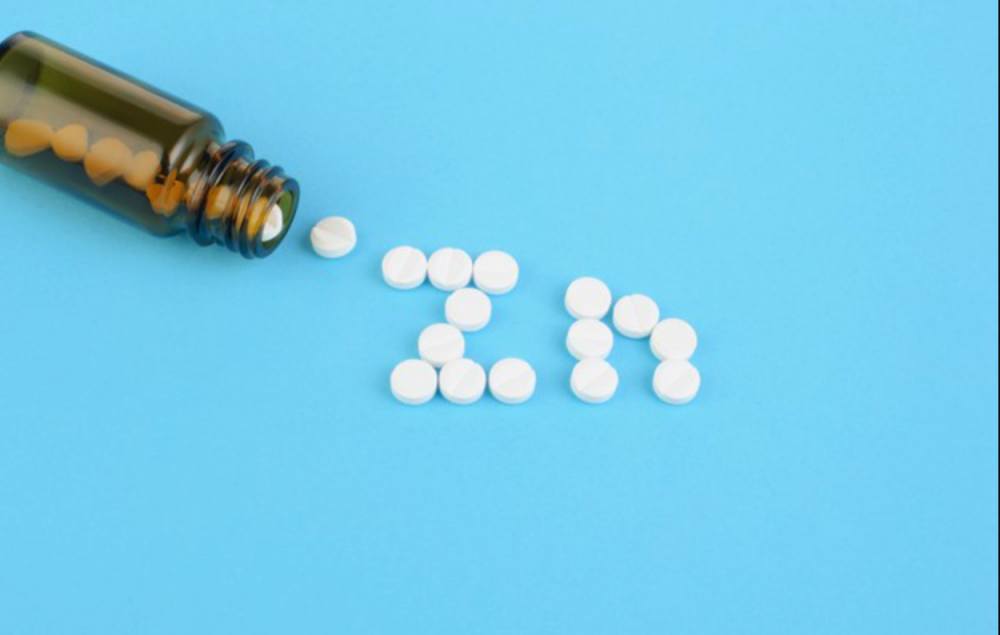 There are many zinc salts, each with a different bioavailability, that is, a different percentage of zinc absorbed and getting to the right place (such as the skin) in the body.

In addition, some salts have a number of minor side effects and are generally cheaper than others.

There are many zinc compounds used as dietary supplements. The best absorbed are the following:

Zinc oxide and zinc sulfide are the most poorly absorbed (48%). The percentage of digestibility of each salt is given as an average, since everything depends individually on the need for zinc in each individual organism, on the condition of the gastrointestinal mucosa. In addition, the percentage of absorbability of zinc salts correlates with the use of the metal in combination with or without other additives.

Some salts are also useful, but have a number of occasional side effects in the form of stomach and intestinal irritation, nausea and vomiting, namely zinc oxide and zinc sulfide.

During increased physical activity, it is recommended to take a dose of zinc close to the maximum daily dose. But not more than five times a month.

A course of zinc supplementation lasts, on average, 20 to 40 days. When taking zinc supplements for more than 30 days, it is necessary to increase the blood intake of magnesium and copper, because prolonged intake of zinc leads to impaired absorption of these metals. For every 15 mg of zinc, there should be 2 mg of copper and 450 mg of magnesium.

In pregnancy, lactation, diabetes, and rheumatic diseases, zinc is indicated, but the dose should be adjusted by the doctor.

By interacting with most antibiotics, zinc reduces their absorption from the intestine. To solve this problem, it is worth separating the supplement and the antibiotic with a one-hour time interval.

It is also not recommended that zinc be taken with coffee and tea, since the tannin they contain forms a film, through which zinc is not absorbed into the bloodstream. And when taken with iron, zinc absorption will fall to a minimum.

Supplements with vitamins A, C, B2, and B6, on the contrary, potentiate the absorption of each other.

Taking several courses of zinc supplements a year will help maintain proper levels of the trace element in the body and create its depot. A zinc supplement will also correct any problems associated with zinc deficiency, from problem skin to improved memory, attention, and vision.

Regardless of gender, it is especially relevant to use zinc at the age of 40, when age-related changes begin to occur. At the same time, zinc will help regulate metabolism and prevent the development of erectile dysfunction in men and mitigate the transitional period of menopause in women.

What is spirulina and what are its benefits?

Effects of Glucosamine and Shark Cartilage in the treatment of osteoarthritis